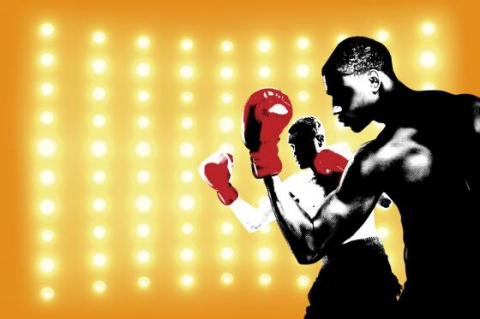 A co-production with 1st Stage in Tyson’s Corner

In 1905, Jay “The Sport” Jackson dreams of becoming the first African American boxer to fight for the heavyweight championship. Despite racking up a string of vicious knockouts, racial segregation and his white manager’s own reservations stand in the way. Inspired by the true story of Jack Johnson, The Royale breaks new ground by taking us inside the fighter’s mind where the disciplined brutality of boxing reveals itself in theatrically-unforgettable bouts. At stake is more than wins or losses, but equality and survival.